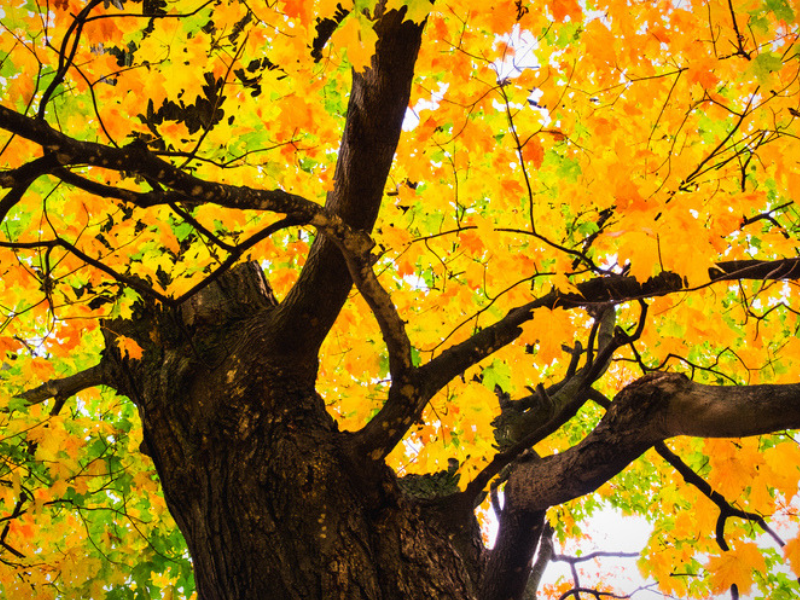 Five Insects That Can Harm or Kill Your Trees

For a Michigan homeowner your trees are your pride and joy. You take care of them mulching, and pruning and hope they grow big and strong. But no matter how big or strong your tree is they can easily be harmed by the smallest of organisms. Here is a list of 5 dangerous insects that can cause serious damage or even kill your trees. 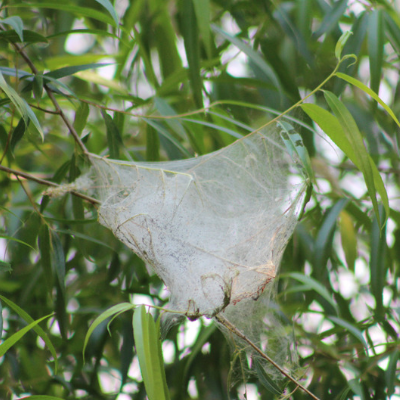 Have you noticed those silky webs covering your tree’s branches in the spring? Those are tent caterpillars and they can be aggressive destructive to your trees. Tent Caterpillars look similar to Gypsy Moths but live in large clusters inside the silky tent. From their tent the caterpillars can wreak havoc on the rest of the tree and can affect the tree’s growth. You can get rid of them with pesticides or pruning the branch the tent is on and destroy it. Do not use fire as it will kill the host branch and potentially damage the tree itself.

Found in every county in the Lower Penninsula, the Gypsy Moth has been a plague on Michigan trees for the last 30 years. The caterpillars can leave a tree stripped of its foliage.  This will cause the tree to be stressed and vulnerable to other insects and diseases. The Gypsy Moth population was decimated in the 90s by the introduction of a fungus that kills them in the caterpillar stage. It was so effective that dead caterpillars could be seen on the sides of trees.  Their population is swelling again as recent droughts and dry springs have prevented the fungus from growing, allowing caterpillars to progress into their moth stage and lay large batches of eggs.

Native to Europe and the culprit behind Dutch Elm Disease, the Elm Bark Beetle has ravaged the elm population almost to extinction in several rounds over the last century. The trees are not harmed by the beetle itself but by the deadly disease is carries. The disease causes the tree to defend itself by plugging the tissues that transport water up the tree, depriving it of nutrients and eventually killing it from the top down. Signs of an infection include yellowing leaves that progressively spread down the tree and eventually total leaf loss. 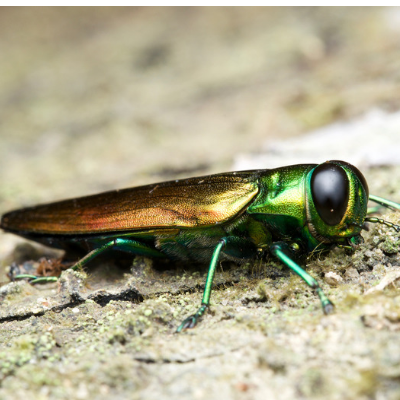 Native to China, the Emerald Ash Borer has killed over 30 million Ash trees in southwestern Michigan since it’s first discovery in the state in summer 2002. The beetle has the potential to wipe out 700 million trees in Michigan.  Several counties are under quarantine to stop the transportation of Ash wood. The beetle attacks the tree by boring under the bark to feed. These boreholes prevent water and nutrients from going up the tree and can kill a large Ash tree in 3 to 4 years.

Maple trees are one of the most popular shade trees in Michigan yards. They could be at risk from the Asian Longhorn Beetle, an invasive species with a particular appetite for Maple. While not currently a menace in Michigan, the insects have already claimed 18,000 trees in neighboring Ohio, making its arrival almost inevitable. The Michigan Department of Agriculture and Rural Development believes that it could be worse than the Emerald Ash Borer since it is known to attack 12 different species of trees.

If you have an infected or dead tree call the professionals at PPM to take care of it for you before it infects other trees.