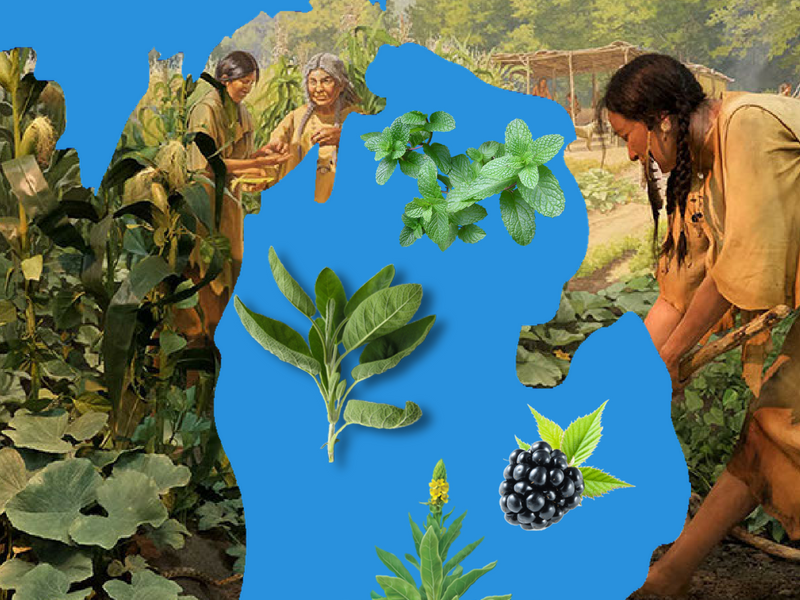 Native Americans have a centuries-long tradition of using plants for medicinal purposes. Here in Michigan, entire tribes relied on what they found in nature to cure sicknesses, heal wounds, and promote health and wellness amongst its people. Here are 10 Michigan plants that Native Americans used every day to create homeopathic remedies.

Also known as Achillea Millefolium, yarrow is a highly aromatic plant that is often used in ornamental landscapes. Native American tribes used the beautiful flowering tops of yarrow in their traditional herbal medicine practices as a means to stop excess bleeding. Applying the buds directly to cuts and wounds promotes blood clotting. Additionally, some tribes created a drink from yarrow juice and water to cure an upset stomach and other intestinal discomforts.

Speaking of upset stomachs, many Native Americans used deliciously sweet blackberries to treat a range of stomach issues. Additionally, blackberries were used to relieve inflammation throughout the body. The berry was often mixed with honey or maple syrup to soothe sore throats. Tribes even used the plant to treat bleeding gums and give immune systems an all-natural boost. 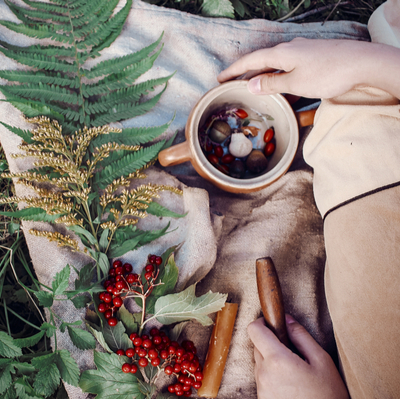 Beyond standard digestive issues, mint leaves were often made into an ointment and applied to irritated skin. Once applied, the pulverized mint would sooth rashes and itchy patches.

This fragrantly savory herb was revered as a sacred plant by many Native American tribes. They tapped into its medicinal properties to reduce joint pain.

Sage is another popular herb today that was hailed as sacred by indigenous Native Americans. Various tribes believed that sage had purifying properties and could effectively eliminate unwanted energies from the body. Sage was also used for more tangible physical relief on cuts, bruises, cramps, and even cold and flu symptoms.

Mullein bears a strong resemblance to tobacco and, ironically, was used as a primary ingredient to treat respiratory disorders. Additionally, mullein roots were made into salves to reduce swelling in joints and extremities.

Lavender is a staple here in Michigan and throughout the Midwest. Today, we love this plant’s fragrance and beautiful blooms. However, Native Americans used lavender to treat a range of conditions including headaches, fatigue, depression, and anxiety. Lavender oil contains a potent anti-inflammatory agent, making it an excellent option for bites and burns.

The black gum tree is one of the loveliest trees found in the U.S. Native Americans saw beyond its beauty and recognized that the bark of this tree had healing energies. They would make a tea from the bark to help with chest pains. 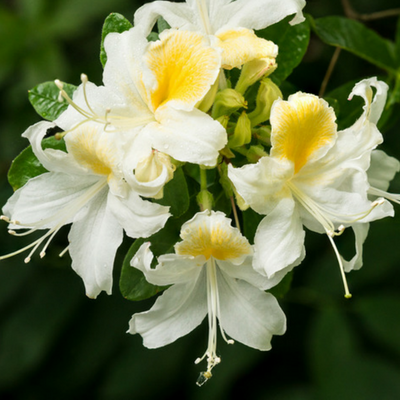 Wild rose was used in several traditional treatments. Many tribes believed in the healing power of wild rose as both a preventative and cure for the common cold. When made into a tea, the petals also healed sore throats. Some even used wild rose as a mild diuretic.

Many Native Americans used honeysuckle to treat multiple ailments such as hepatitis, rheumatoid arthritis, and even mumps. It was also used to help with asthmatic symptoms and upper respiratory tract infections.

What are some of your favorite homeopathic remedies using plants and herbs? Tell us about it in the comments below!