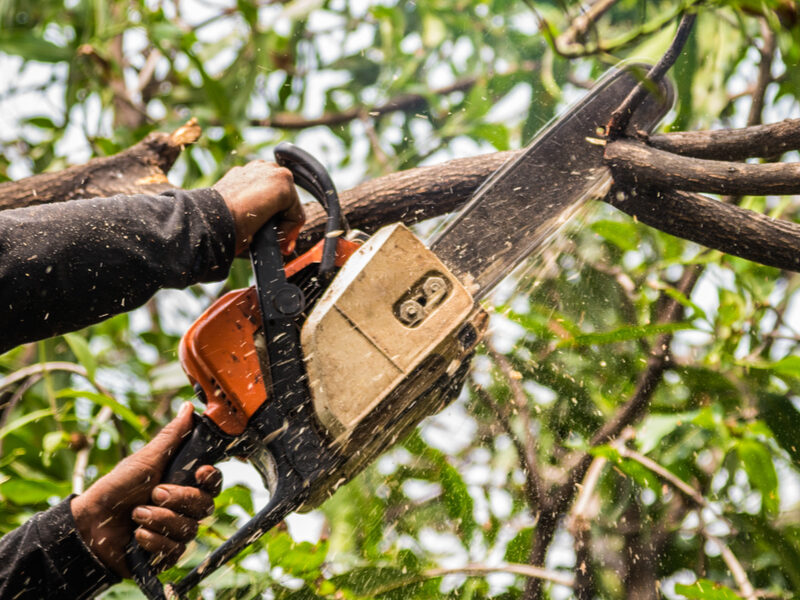 Fall Tree Pruning Guide: How Topping Can Harm Your Trees

Pruning is an essential part of tree and shrub care but there is a right and wrong way to do it. Check out the tips on pruning below so you don’t harm your trees. If you need help with tree trimming, pruning, or removal, call the experts at PPM Tree Service and Arbor Care. 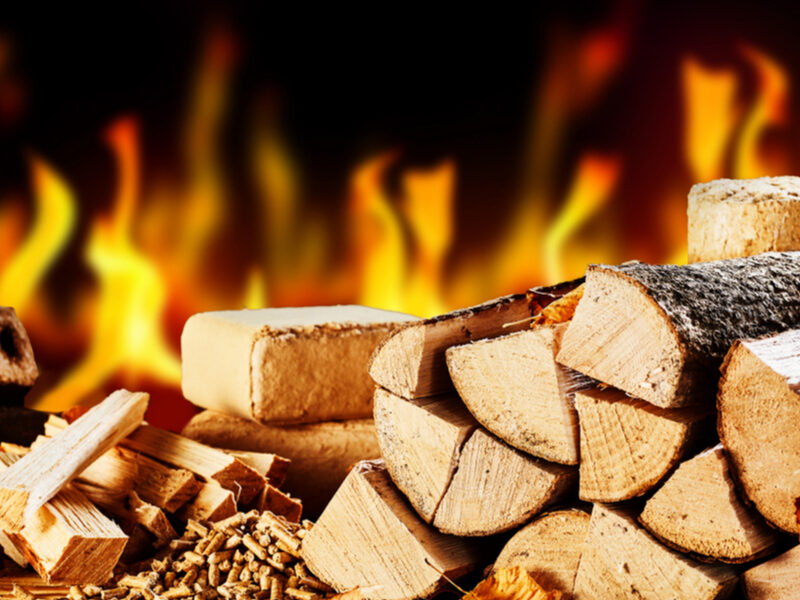 Firewood: Everything You Need To Know About Keeping Your Home Warm

When it comes to firewood you have a choice between hardwoods and softwoods, seasoned and unseasoned. Knowing which is which will save you a lot of time and struggle. 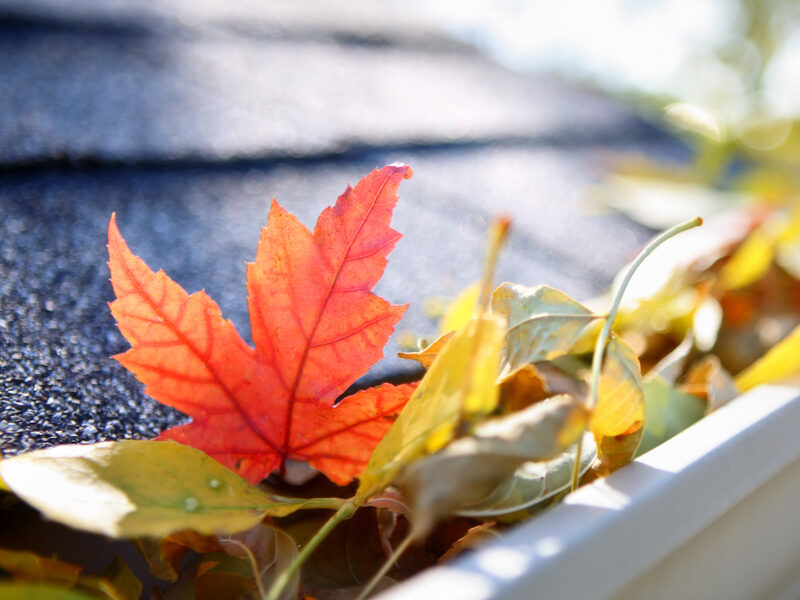 Fall Maintenance: Cleaning Out Your Gutters

As part of your fall maintenance checklist, you should check your gutters for clogs. Clogged gutters are easy to fix but can cause extensive damage to your yard and the structural integrity of your home. From soil erosion to flooded basements, our gutters are the using heroes of our homes so take the time to make sure they are clear and flowing properly. 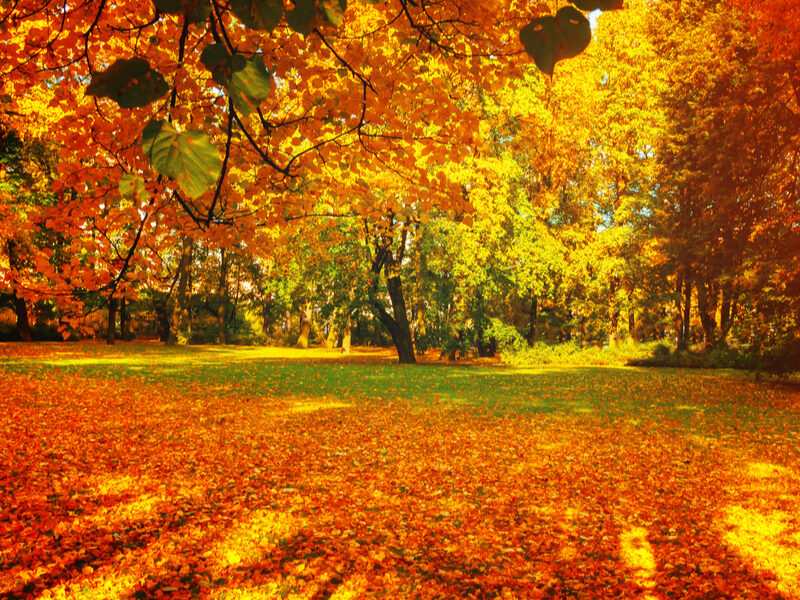 What To Do With Those Fall Leaves

Fall leaves can be a real pain. Luckily, we have found some clever uses for old leaves that could benefit your landscape. Leaves are full of important nutrients plants need so it doesn’t make sense to just throw them away. Give back to your yard by using your fall leaves as mulch, fertilizer, or a weed barrier. You can even use them to make a brand new garden without all the hassle. 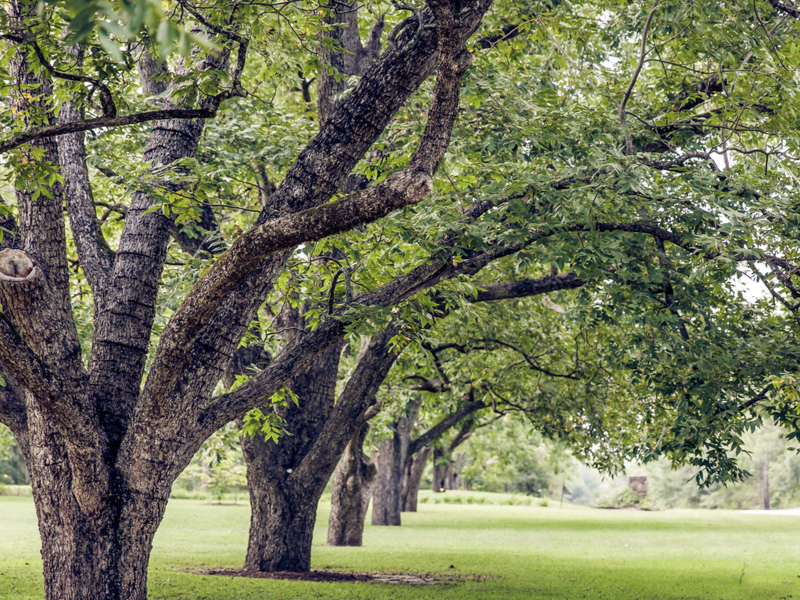 Trees go through a lot of stress in the summer and could use an extra boost before winter. Things you can do to improve the health of your trees include pruning, mulching, deep root fertilization, and dormant oil applications. At PPM Tree Service and Arbor Care, we can help you with all of your tree care. 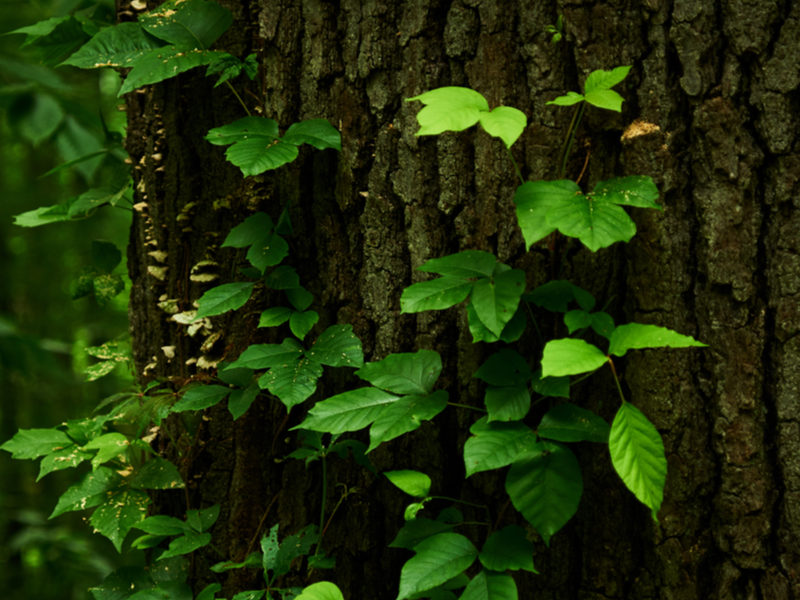 What’s Growing on My Trees?

Here in Michigan, many things can be found growing on our trees. Most vines are harmless, but if left unchecked, it can become too heavy for your limbs to hold and cause them to break as well as deprive leaves of sunlight. 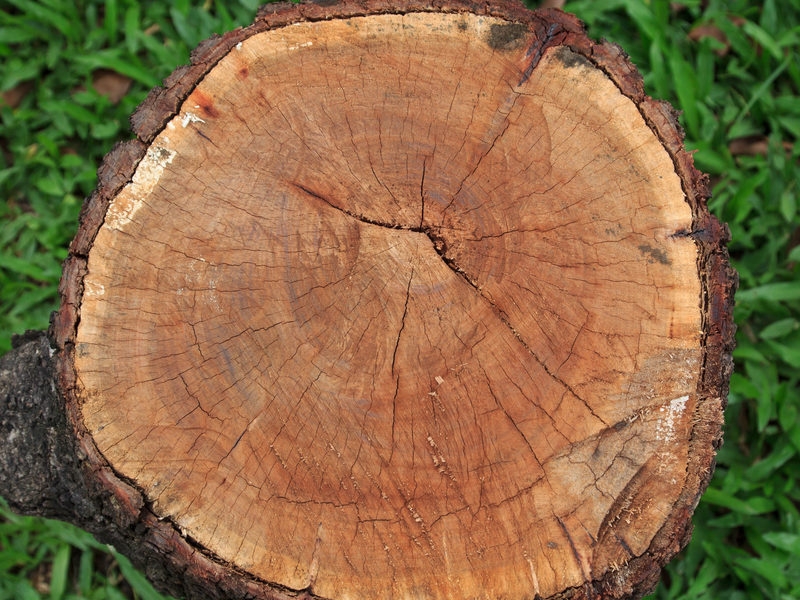 There are many ways to remove an unsightly tree stump from your Westland backyard. Learn what they are and which one is the best to remove yours, or contact the professionals at PPM Tree Service and Arbor Care, tree experts working for you. 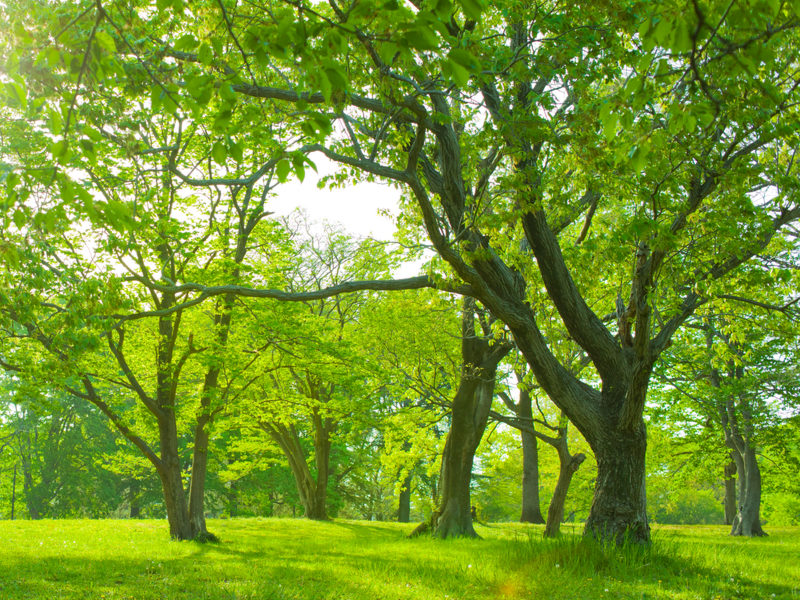 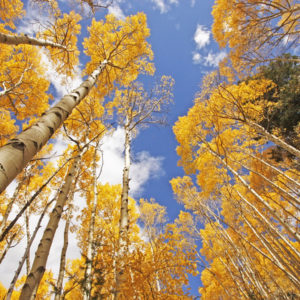 The quaking aspen is noted for its elegant white bark, deep green leaves that seem to “quake” in the breeze, and its golden-yellow color in the fall. Quaking aspens have the widest natural range of any tree in North America, spanning from Alaska down to Arizona and New Mexico. It is a fast-growing deciduous tree that usually gets 20 to 50 feet tall with narrow, rounded crowns. Quaking aspens grow from a common underground root system that can be far older than the trees on the surface. For example, Pando, a giant colony of quaking aspen in Utah, is estimated to be over 80,000 years old!

The northern catalpa is a tree that will start a conversation. Its giant heart-shaped leaves provide excellent shade, and it’s tall twisting limbs soar high above making it a great backyard patio tree. The most interesting thing about this tree is its dangling bean-like pods that contain the seeds. The northern catalpa is an interesting tree you don’t see every day and will make a great addition to your landscape.

The red sunset maple can reach heights of 40 to 60 feet and up to 35 feet wide. This tree is often the first to change color in the fall, and it doesn’t disappoint when its leaves turn vibrant shades of orange and red. It produces red clusters of small flowers winter to spring. In the summer, the flowers turn to winged fruit that is enjoyed by birds and squirrels. It’s a stunning color, and fast growth rate makes this tree a great choice for your yard.

A weeping willow is sure to draw interest to your yard. These gentle giants can reach heights of over 40 feet and be just as wide in less than 15 years. You’ll love being in the shade of weeping willows and looking up into its sprawling umbrella-like canopy that is an attractive hangout for birds and squirrels. Weeping willows are usually found on edges of bodies of water or in wetlands. This is because these massive trees require large amounts of water, so they are perfect for getting rid of that constant wet area of your yard.

The silver maple is one of the most popular types of maples in Michigan. The tree gets its name from how the way the white undersides of its leaves create a shimmering effect in the wind. Silver maples make great shade trees and privacy screens due to their thick full foliage. Once established, silver maples can grow from 50 to 70 feet high and up to 45 feet wide. Plant silver maples in areas where they will receive plenty of sun and ample room to grow.

If you are looking to improve your landscape with new trees, call the tree care experts at PPM Tree Service and Arbor Care. Our tree care experts can plant your trees and make sure they grow straight and healthy. We have years of experience pruning, cabling, and removing dangerous trees.

Give us a call at (877) 454-8733 or request a quote here. Hear about the latest news and offers from PPM by following us on Twitter and Facebook. Don’t forget to check out the monthly PPM Tree blog for all your tree care tips and tricks. 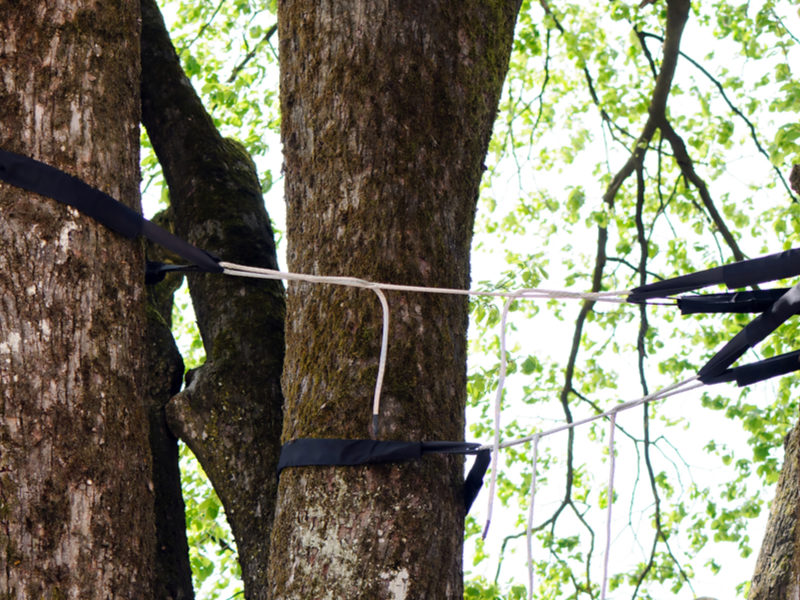 Tree Cabling: What Is It and Is It Right For You?

Having your home or business property being surrounded and filled with large, century-old trees can be an incredible site to see and add value that you can’t necessarily pay to have.

But what happens when some of that big, beautiful tree is covering part of your home’s or business’ roof or outdoor space? What happens when the tree is not being preserved correctly and the neighborhood is on its way to losing a natural beauty that has stood for years? When these dangers set in, that’s where tree cabling comes into play.

What Is Tree Cabling? 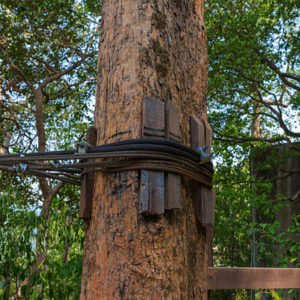 Starting with the basics, tree cabling is essentially using cables to correct the pattern of a tree’s growth so that there will be no need to cut it down later when it’s growing into the roof of a home or hovers over where you park your car.

Cabling can contribute to stopping a number of issues before they happen. If cabling is done before it is too late to correct a tree’s growth pattern, it could end up being the reason a landmark is saved instead of chopped down.

Another way cabling helps is to protect—protect the trees themselves and everyone around it. It can work to preserve the limbs that are too weak to hold themselves over a long period of time that would likely eventually pose a threat to those in the surrounding areas.

Is Tree Cabling Right For Me?

Knowing when the appropriate time to invest in tree cabling depends on a variety of factors, but the first step is to ensure you know all of your needs and options.

How Is Cabling Different from Pruning? 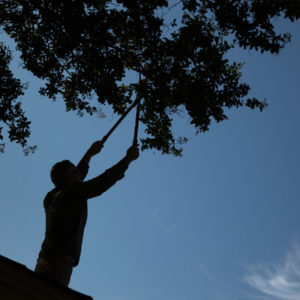 Pruning has its various benefits, it’s always important to recognize that they are different services. When the limbs of your tree are overgrown, it requires pruning. But when the limbs of your tree are the right length, all is well in the pruning world, but you wouldn’t want to let that trick you into thinking your tree’s limbs are stable. That’s where cabling comes in, ensuring that all limbs are in place and stable, preventing any property damage.

Are you worried about your tree’s branches falling and creating damage to your home or property? Our ISA certified arborists are ready for anything that comes our way. We offer a wide range of tree services in addition to tree cabling such as planting, trimming, pruning, stump grinding, and tree removal.

Whether you’re unsure of what you need or are ready for us to take action, you can request a quote here or give us a call at (877) 454-8733. At PPM Tree, we show off our work on our Facebook page and Twitter thread. 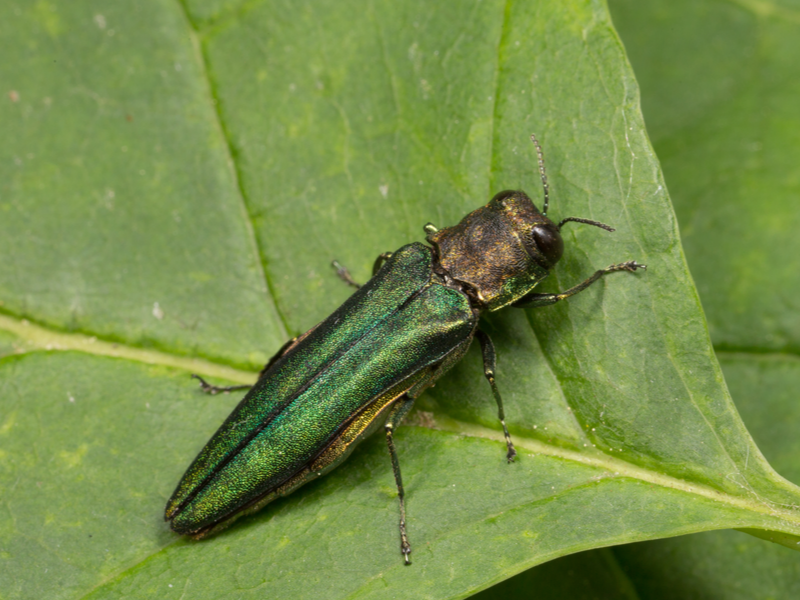 Of all the tree destroying insects in Michigan, there is one that is familiar to nearly all gardeners and homeowners; the emerald ash borer. The emerald ash borer was first detected in Canton, Michigan, in 2002, and since then, it has caused the deaths of over 30 million ash trees in southwestern Michigan and has decimated the ash population in The United States. Since it’s detection, the emerald ash borer has spread across twenty-five states and killed more than fifty million trees. To combat the spread of this destructive insect, many states have placed a ban on the transportation of firewood. 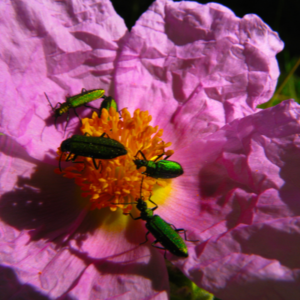 Emerald ash borer adults are very small, metallic green beetles. Emerald ash borer beetles are very hard to see because they are about the size of a grain of rice. The larvae are even harder to spot because they dig beneath the bark’s surface, where they cause lethal damage to the tree. The only way to tell for sure that the emerald ash borer is present is when the tree begins to exhibit signs, including yellowing of leaves, defoliation, and bark loss. But by this time, it is already too late for the tree.

Adult beetles emerge from ash trees in May through mid-July. The adults are most active during warm and sunny days. They feed on the foliage on the tree, but this causes little harm to the tree itself. After mating, female beetles will lay between 60 and 90 eggs, one at a time, in the cracks and folds of ash tree bark. Typical females can live around three to six weeks and lay 40 to 70 eggs.

Eggs hatch about two weeks later. After hatching, larvae chew through the bark to the inner sensitive workings of the plant, creating long serpentine galleries that disrupt the tree’s ability to send water and nutrients up to the canopy.

After one or two years of feeding under the bark, larvae will create a room for themselves in the tree’s wood. They overwinter in this chamber and pupate in the spring, turning into adults. The new adult beetles emerge from the tree, and the cycle starts all over again. 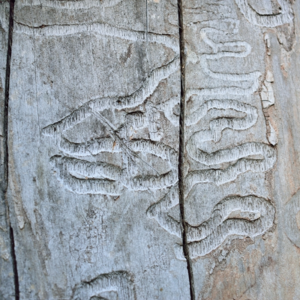 The Threat to Ash Trees

Because the emerald ash borer is an invasive species not native to our area, there are no predators to keep them in check. Instead, these vicious insects are free to spread across the country, killing millions of ash trees in their wake. After a forest becomes infested, it is expected to lose all of its trees within ten years. Every one of the 8.1 billion ash trees in North America is at risk of being wiped out by these destructive pests. If control measures aren’t put into place, the ash tree could become extinct in North America in the near future.

Unfortunately, control and eradication of the emerald ash borer are not possible. Current programs focus on controlling the movement of the insect to new areas and research into long-term control measures. Currently, the only sure way to control the spread of the insect is to prevent the transport of contaminated firewood and the removal of infected trees.

Unfortunately, once an ash tree is infested, there is little chance of saving the tree. The best thing you can do is remove the tree and destroy the wood before the insects can spread to other trees.

Give us a call at (877) 454-8733 or request a quote here. Hear about the latest news and offers from PPM by following us on Twitter and Facebook. Don’t forget to check out the monthly PPM Tree blog for all your tree care tips and tricks