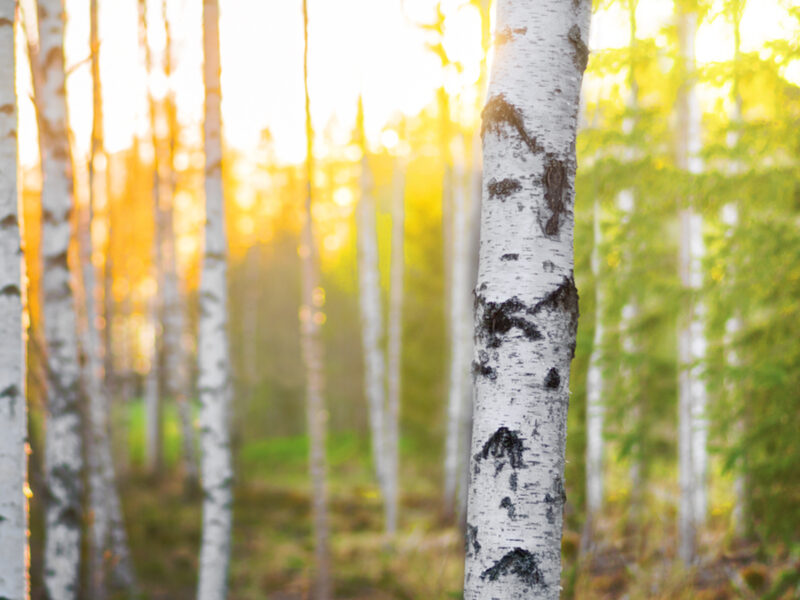 Neat Factoids On Birch Trees That Will Surprise You

Trees are truly are fascinating. They come in such a wide variety of species and serve so many purposes. As part of our series highlighting interesting facts about different species, today, we’ll talk about one of the most popular trees in North America: birches.

Birch Was A Staple Of Indigenous Culture

The Indigenous peoples of North American utilized birch for many things, including building traditional wigwam houses to canoes to arrow quivers. Some tribes used birch bark shavings to create gorgeous baskets. If you want to use a branch or two from your birch for a craft project, be sure to employ the tree trimming service from PPM. We’ll make sure your tree is not irreparably harmed and lasts for many years to come.

There Are Over 60 Species Of Birch

Birch trees aren’t native only to North America, and you can find them just about anywhere there’s a temperate climate – and there are over 60 different kinds.

The Leaves Are Sawtoothed

If you look closely at the leaves, the edges produce a sawtoothed pattern.

Birches Are Both Genders

While most tree species are either male or female, birches have both genders. The male flowers are called catkins and bloom from late summer through fall, and they look like upright clusters found on the tips of long shoots and will last through winter. When spring comes, these catkins grow four times longer and start to droop on the branches. On the other hand, the female flowers produced grow in pairs or as single blossoms and appear in early spring – even before the leaves have returned.

Birch Is A Staple Of Deer Diets

Deer, as well as moose, use the bark as a food source during winter. The rest of the tree also serves as a valuable food source to other animals. Porcupines prefer the inner bark, while birds love the seeds.

Because of their shallow root system, birches need soil rich in moisture since they can’t go rooting around for it – pardon the pun. River birches are explicitly named because they are found along the banks of rivers.

There’s a reason they’re called “paper birches.” Humans have used this particular species for thousands of years, and some of the earliest written records were transcribed on birch wood. The Vindolanda tablets are some of the oldest written records from the Romano-British era, about 100 – 200 C.E. While these tablets are pretty thick, the ability of birch to peel easily has allowed humans to achieve the thinner, more traditional “paper” we think of today.

Maples aren’t the only tree that produce a deliciously sweet treat. Birch sap is a traditional topper for food in Northern Europe, Russia, and China, and Icelanders have a traditional birchbark liquor made with fermented sap.

Birches come in various colors, from browns to grays to black, but the color that makes them so popular is their striking white outer bark. But why does their bark turn this color? It’s because they are rich in a substance called betulin. Betulin occurs as crystalline deposits in the cells of the outer bark. And because they are arranged just so, the bark looks white. And it’s this white color that allows birch to grow in the far northern climates where most deciduous trees cannot. That white color reflects the winter sun, which helps regulate the temperature of three. Dark-colored bark is more likely to experience temperature fluctuations, which can cause cell death in other species because their regenerative cells get confused and start to grow again when they should remain dormant. This confusion results in problems like frost cracks, reduced sap production, sunscald, and even death. It’s thought that the white bark of paper birch helps mitigate those problems by reflecting the sunlight off the trunk.

Birch Has A Lovely Scent

You can find birch essential oil, which reportedly has a clean and refreshing scent like mint. Some people use this oil as a salve for joint pain or as an astringent.

Whether you’ve got beautiful birches, towering oaks, or vibrant maples, the experts at PPM Tree Service & Arbor Care will take care of all your largest plants. From planting saplings to tree trimming to removal of dead plants. We’ll ensure the most significant plants of your garden receive the care they need. If you’re looking for tree service near metro Detroit, you’ve come to the right place. Give us a call at (877) 454-8733, or leave us a message online and let us know how we can help. And don’t forget to check out our blog page for more interesting and educational articles on trees and caring for them.

You can also find us on social channels!